本篇的主要內容是外包的影響，為了從全球化中產生真正的積極影響，必須解決這些差距和該系統中不成比例的權力差距。全球化的神話需要被處理，具體的問題需要在這個系統中被處理(Bradley et al.， 2000)。在英國，許多公司已將業務轉移到印度的偏遠城市。同樣的做法在美國和其他歐盟國家也出現過。本篇幫寫論文文章由新西蘭第一論文Assignment First輔導網整理，供大家參考閱讀。
These gaps and the disproportionate power distance in the system need to be addressed in order to make true positive effects from the globalization. The myth of globalization needs to be addressed and the specific issues need to be addressed in this system (Bradley et al., 2000). Within the UK, a number of companies have shifted operation to the remote cities of India. The same practice has been observed in countries such as America and other countries in the European Union.
In this, it has been found that the employee from Indian call centers is made to change their names during the call center operation (Taylor, and Bain, 2005). They are made to change their identity and pretend to be a person from US or UK. In the developing countries such as UK, there has been a lot of public outcry about job shipped overseas owing to the lower economic costs involved in hiring someone in the emerging countries (Taylor, and Bain, 2005). It has been cited that the employees in the emerging countries are benefitted in this process. In the developed countries, where the cost of labor is high, the cost is the only reason for the shifting of operation. In lieu of this ideology, companies refuse to shift from their original working design.
They continue to work in the pretext that the employees who attend service calls are from the same country. In this, the employees from different parts of the world are made to put up a disguise and pretend to act (Taylor, and Bain, 2005) . This is supposed to make the UK consumer or the US consumer that they are making the call to someone in the same country. This facade is in reality known to all the people. In this process, it has been concluded that only the loss of jobs in the home country is the problem. Nevertheless, it is also a problem for the companies and the people from the emerging countries. In this situation, the employees are made to pretend to be someone they are not for the sake of employment (Taylor , and Bain, 2005).
This research contends that there will eventually be a disdain for the job and the employees will start to feel resentment in their job. It is to be known that this process has been practiced across the spectrum and this kind of practices has increased owing to the advent of globalization. In this system, there is growing prominence of the western countries ideology and the indigenous ideologies and cultural beliefs are vastly understated (Taylor, and Bain, 2005). This will lead to high level of employee turnover or reduction in the productivity. This system will fail because the indigenous identity or the sentiments of the employee in the home country are largely ignored in this process.
更多關於新西蘭論文代筆的內容，點開主頁欄目，即可快速獲取論文代寫相關資訊，如果各位有需要了解新西蘭代寫費用，可以諮詢我們網站客服，24小時在線為您詳細解答。 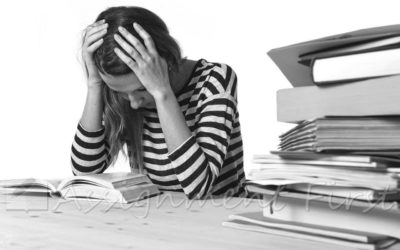