Motive of the missionary period is to ensure that the Aboriginal population was protected. Early roots of the missionary period is said to have started around 1824. It was during this time missionary was set up in Lake Macquarie. It was in the north of Sydney after the ending of the Bathurst Martial law. In 1874 Malonga Missionary was set up in New South Wales.
The Missionaries were established primarily by the government and by the churches. When the Aboriginal people were displaced from their homes they were made to stay in missionaries. Many Churches and governments fundamentally ran these missionaries. Each of these missionaries had their own unique rules along with some standard rules. Unique rules of the missionaries were that they had to operate also with some homogenous protocols that were similar. Education and livelihood training were provided to the people living in the missionaries. There was a lot of importance given to Children in the missionaries. Children above the age of 14 had to leave the missionaries to mingle with the general society. A number of missionaries were established 1850 to 1900. From 1952 to 1967 there were a number of missionaries that were set up for each dedicated services and missions (Broome, 2010). There was a constructive change in the ideologies of the missions during this period. In this Assimilation policy, was altered in the operations of the missions.. Children were no longer forced to leave their families in these missions. They had to find their own livelihood. This was an effort undertaken by the government to inculcate Westernized practices.
Protection period
There were high mortality rates in the number of aboriginal people. This led to growing concerns if the original inhabitants will decimate completely (McNally, 1974). Hence in 1837 protection policies started to grow in the country. Polices were manoeuvred in a way that there were some civil liberties given to the people. There were a number of subsequent legislations that were passed prior to this act. Church and the Government played an important role in setting up of the protectionist area. In this laws consumption of alcohol, Aboriginal employment and certain cultural activities were not allowed. Aboriginal Children were made to mingle with the European society and made them more westernized in the population. Welfare Ordinance 1953 was passed to ensure protectionist policies. It reversed some of the previous categories mentioned in the legislation (McNally, 1974). In this act Aboriginal people with special needs and subsequent requirements were only considered in this act. Definition of ‘wards’ was established in this legislation. It basically allowed the census to be conducted. Generally in this time there were wide criticisms for removing aboriginal children from their native habitats. Hence from enactment of this law only destitute and neglected children were given homes. This principle of wards and subsequent legislations were overturned in 1964 by Social Welfare Ordinance 1964 (Broome, 2010). Social welfare ordinance basically cited that the people were not allowed to indulge in drinking alcohol, get into fights, use firearms or cause disruptions to the society. 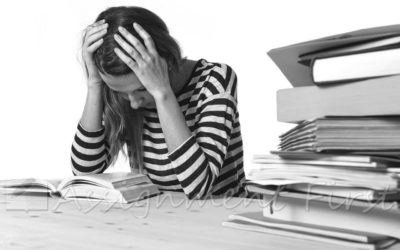